SPORAZOOM: THE WILL OF POLITICIANS AFFECTS THE ECONOMY 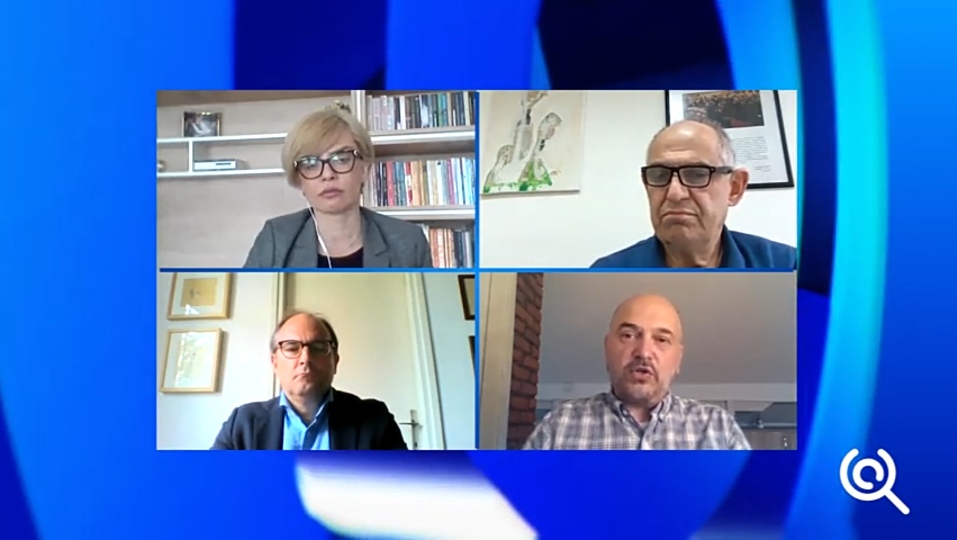 “The will of politicians also affects the economic cooperation between Serbia and Kosovo” – this was said in the show “Sporazoom” by the advisor to the President of the Serbian Chamber of Commerce Nenad Đurđević, the founder of the Riinvest Institute in Kosovo Muhamet Mustafa, and the entrepreneur from Kosovo and director of RTV Kim Isak Vorgučić.

Visiting the show “Sporazoom”, the advisor to the President of the Serbian Chamber of Commerce Nenad Đurđević pointed out the good cooperation between the Chambers of Commerce of Serbia and Kosovo and pointed out that there is a great interest of businessmen from Serbia and Kosovo in cooperation and that it never ceased, but that it depended on the political circumstances.

“It is very important that many channels and communications of cooperation have been legalized through this activity of ours so that many transactions have been put into the legal flow and could be measured and legalized. What is also very important is that all of us showed our governments through our own example that through good will, respect for interlocutors, understanding of the needs of the other side, much can be achieved and done for the economy and for the citizens of Serbia and Kosovo. “, Đurđević pointed out.

According to the founder and former president of the Riinvest Institute, Professor Muhammad Mustafa, economic cooperation between Kosovo and Serbia is rather poor and comes down primarily to trade, which takes place with obstacles on both sides that last a long time.

“If we analyze the volume, structure, and intensity of trade and overall economic cooperation, we see that it is a reflection of political relations, difficulties in the normalization of relations between Kosovo and Serbia.” Negotiations began in 2011 and are still ongoing, some agreements have been reached, have been implemented to some extent and there are difficulties in implementation. All this affects the rather poor economic cooperation. As far as trade is concerned, we see that after the tax, imports from Serbia are gradually increasing, while Kosovo’s exports to Serbia are still very small”, Mustafa pointed out.

The biggest problems of businessmen from Kosovo when it comes to the export of food products to Serbia are the declaration and analysis of products, Isak Vorgučić, an entrepreneur from Kosovo and the director of RTV Kim, points out.

“If we’re talking about a food product, a beverage in our case, the obstacles are primarily in the form of declaring goods, which mostly Albanian companies see as a problem because the goods are usually declared as being from the Republic of Kosovo and with such a declaration the goods cannot pass to Serbia, and that is one of the main problems. Then, the analysis that costs 20 euros per type of product in Pristina, with which the goods can be exported to the European Union, is not valid in Serbia, but another special analysis in the institute in Vršac is needed, which, in addition to costing six times more, which is a lot for a small producer, the goods stay at the terminal for about a month”, Vorgučić points out.

Commenting on speculations about the possibility of reintroducing taxes on goods from Serbia, Mustafa pointed out that after giving up taxes and reciprocity, Serbia was expected to respond positively in removing obstacles to trade, which did not happen. On the other hand, Nenad Đurđević believes that the introduction of taxes only aggravated the position of Kosovo in the negotiation process and that it led to an increase in prices and business uncertainty.

“I don’t see why Serbia would hinder Kosovo in exports, which can never reach the exports that Serbia can have or has in Kosovo. Serbia suffers much more damage from not relaxing that, than Kosovo would if taxes were to be introduced,” Vorgučić pointed out.