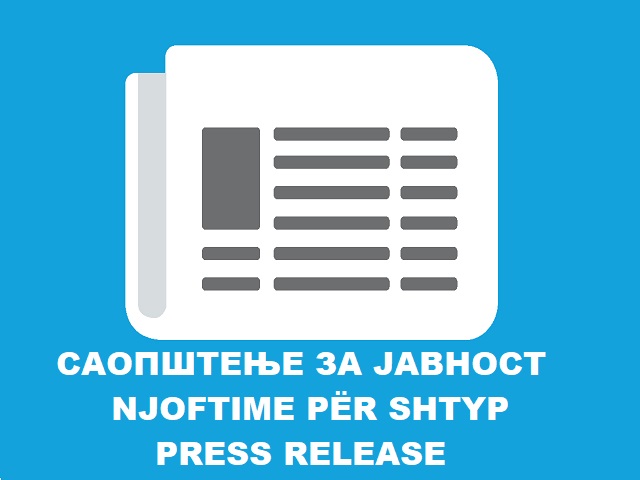 The physical attack on the owner of Puls Engineering and RTV Puls Nenad Milenkovic in front of the Provisional Body of the Kosovska Mitrovica Municipality indicates that “violence in Kosovo has once again shown to be stronger than the rule of law, and that the criminals have once again demonstrated that they feel superior to the judiciary and justice, “a joint statement from a group of NGOs and media from Kosovo said.

NGOs and the media in Kosovo “instead of further condemning persons and responsible institution or organization,” demands the following:

– That the police issue an urgent statement detailing what exactly happened in the attack on Nenad Milenkovic in the town of North Mitrovica on April 27, 2020, as it is unclear “from current police information and statements of police representatives and does not give assurance that the attackers will be identified and arrested “;

– That the duty prosecutor publicly announces what he did after the act of violence and against those responsible for the attack and what are the guarantees that this time the perpetrators and possibly the co-perpetrators and warrants will be prosecuted and punished;

– To announce the attack on Nenad Milenkovic by the municipality of North Mitrovica on whose territory the attack on the Serbian entrepreneur took place “and provide all support in order to clarify the case, determine the motives of the attack and bring those responsible to justice”;

– To urgently determine why (according to Nenad Milenkovic, received by the police), video surveillance cameras were not working in front of the headquarters of the Kosovska Mitrovica Provisional Body at the time of the attack, “in order to eliminate any doubts and speculation that it was an organized attack on an unprotected individual and determine whether there are elements of concealment/ hiding of the crime ”;

– That the Provisional Body of the Municipality of Kosovska Mitrovica urgently make available to the public all relevant information related to the public procurement procedures for at least the period from 1 January 2019 to the present day, “with transparent information on the type and purpose of public procurement, legal persons and persons who competed and contracted with tenders, the amounts stipulated in the contract, as well as a short report on the results, i.e. realization of the work with illustrations and photographs and present them at a press conference within 2 weeks ”;

– For the Office of the KIM to gather the facts and determine the circumstances under which the attack on Nenad Milenkovic took place, to check his allegations “about the unlawful procurement procedure by the Provisional Body of the Municipality of Kosovska Mitrovica and then to initiate any proceedings against the Provisional Body for abuse, or against Nenad Milenkovic for giving false information or attacking the honor and reputation of institutions or individuals.”

Non-governmental organizations and media representatives demand that competent institutions “do their jobs transparently and responsibly, protect human rights and freedoms, and do their best to ensure that public funds are used purposefully for the benefit of citizens and the community.”