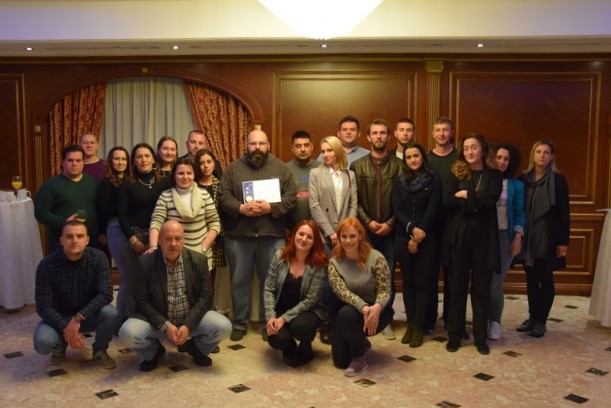 The participants of the School of European Integration have successfully completed the program and have received Participation Certificates, which have been handed over to the participants during the study visit to Prishtina on 26th of March.

After the end of the last planned activity within the study visit to Prishtina, a ceremony where certificates were awarded was organized by Kosovo Foundation for Open Society, where organizations which took part in implementing this project met: European Movement in Serbia, Communication for Social Development and Aktiv. Participants who met the already defined conditions were awarded certificates of participation, which was the last official activity on this project.