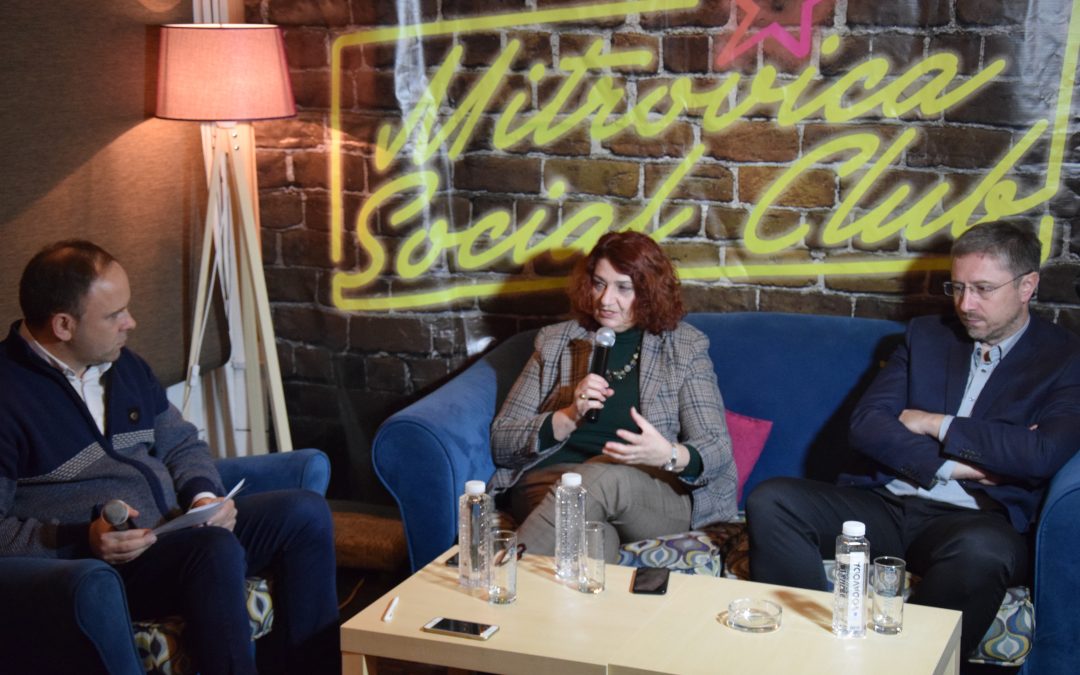 During the debate organized in Mitrovica Social Club in North Mitrovica it was pointed out that the lack of the sanitary landfill has become a serious ecological issue in northern Kosovo, where the biggest air pollutants are thermal power plants, while the construction of mini-hydropower plants needs adequate regulation

Professor Jelena Đokić, an expert in environmental protection, stated that the lack of sanitary landfill endangers water, air and land in northern Kosovo, adding that dumps are situated on the banks of the river Ibar and that the land is polluted by waste dumping on one hand, while the air is polluted burning of landfills.

Mrs. Đokić announced that a regional landfill ‘’Savina stena’’ will most probably be opened on 14th of April. It is planned for the regional waste to be disposed at the new landfill. She also pointed out that representatives of the Office of the EU in Kosovo have noticed that the waste collection system does not function as it should and that this problem has been approached through a project which is implemented by German GIZ.

‘’Strategic waste management plans have been developed and adopted in all four municipalities in northern Kosovo as proposed by GIZ. What we have noticed is that the municipalities do not have the necessary machinery, so the waste in the municipality of Zvečan is transported with the usage of only two tractors’’, said Mrs. Đokić. University professor, Mr. Aleksandar Ćorac claimed that the Balkan peninsula is the most polluted area in Europe, adding that such situation is a direct consequence of the irresponsibility of all authorities. ‘’The main pollutants in our case are the thermal power plants. I am simply saddened by the narratives of the phenomenal importance of electric cars fueled by health and future. This is true if you have a production of electric energy that meet certain criteria, but if you create energy by exploiting coal, no contribution to the cause of reducing pollution.‘’, said Ćorac.

He mentioned cases where the smoke from thermal power plants in Obilić, Tuzla, Obrenovac and others has overwhelmed all of the Balkans, adding that such situation is far from a good one.

‘’Thermal power plants are a good solution in terms of their cheapness, but when costs of the loss of life, health, treatment of diseases among patients who become ill due to air pollution are taking into account, the cost of the thermal power plants energy becomes one of the most expensive ways of producing energy’’, warned Ćorac.

During the discussion it was pointed out that a couple of nights ago the measured level of air pollution in North Mitrovica was higher than the one in Sarajevo, which was the most polluted city in Europe that night. Both Đokić and Ćorac have both agreed that they are not against construction of hydroelectric power plants, adding that renewable sources of energy should become an imperative of the survival of humanity.

Mrs. Đokić said that there is a greater need for construction of such facilities, but simultaneously shared her dilemmas saying that ‘’it is questionable whether hydroelectric power plants are built on the right places and whether the minimum conditions for survival of flora and fauna of the river have been met, or if the amount of water for irrigation and drinking for the people living in that area is enough‘’.

Mr. Ćorac criticized the way mini hydroelectric power plants have been built in Štrpce, underlining that he personally is not against construction of hydroelectric power plants, but rather against the misuse and ways of their construction, especially in cases where interests of individuals or small groups are imposed as more important that the interests of the whole society, which has devastating consequences.