MSC: The Platform – the end of the Brussels dialogue, elites (not) ready to compromise 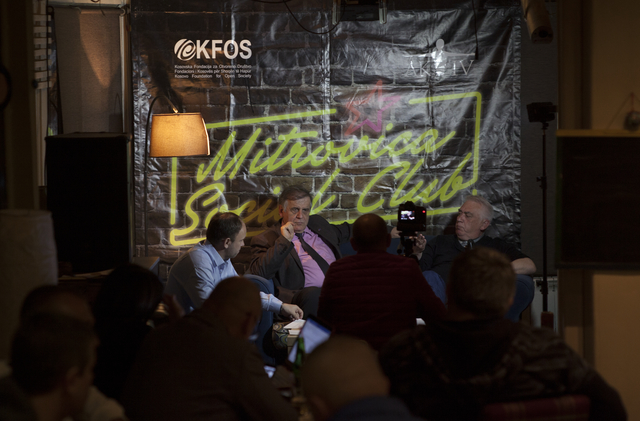 The chances that the dialogue between Belgrade and Prishtina are going to finalized during the mandate of Federica Mogherini are quite low. Kosovo’s Platform is in favor of the finalization of the Brussels dialogue. Political elites in Serbia and Kosovo aren’t ready to compromise. Imposed taxes for goods imported from Serbia and Bosnia and Herzegovina are harming Kosovo. All this had been said during the event that was organized in the Mitrovica Social Club.

The president of Serbian Resistance Movement from Kosovo Momčilo Trajković points out that there isn’t a sincere will for normalization of relations between Belgrade and Priština, adding that it about an insincere relationship.

‘Political elites aren’t ready to compromise with each other, despite the fact that they are constantly talking about the compromise itself, they perceive it as a way of strengthening the conflict, as a way of disrupting relations, especially when it comes to the territorial exchange, for example, instead of moving towards stabilitazion of relations Belgrade and Prishtina’, said Mr. Trajković.

University professor and director of RTV Mitrovica, Mr. Nexhmedin Sahiu, was also partaking in the discussion, who said that there is an essential interest for normalization of relations between Belgrade and Prishtina, but he pointed out that politicians in these centers need to be checked on whether they are doing something about it.

‘The whole region won’t see any progress if there is a lack of stability, foreign companies aren’t interested in who is to blame for the current situation, whether it is the Serbs, Albanians, Montenegrins… if there is peace and stability they will be able to invest, but if there isn’t one, they chose locations with more security’, pointed out Mr. Spahiu.

He indicated that the issue of imposed taxes on Serbian and Bosnian goods are a product of disobedience of Kosovo political class and that such treatment, first and foremost, harms Kosovo, which is a small country unable to resist the West.