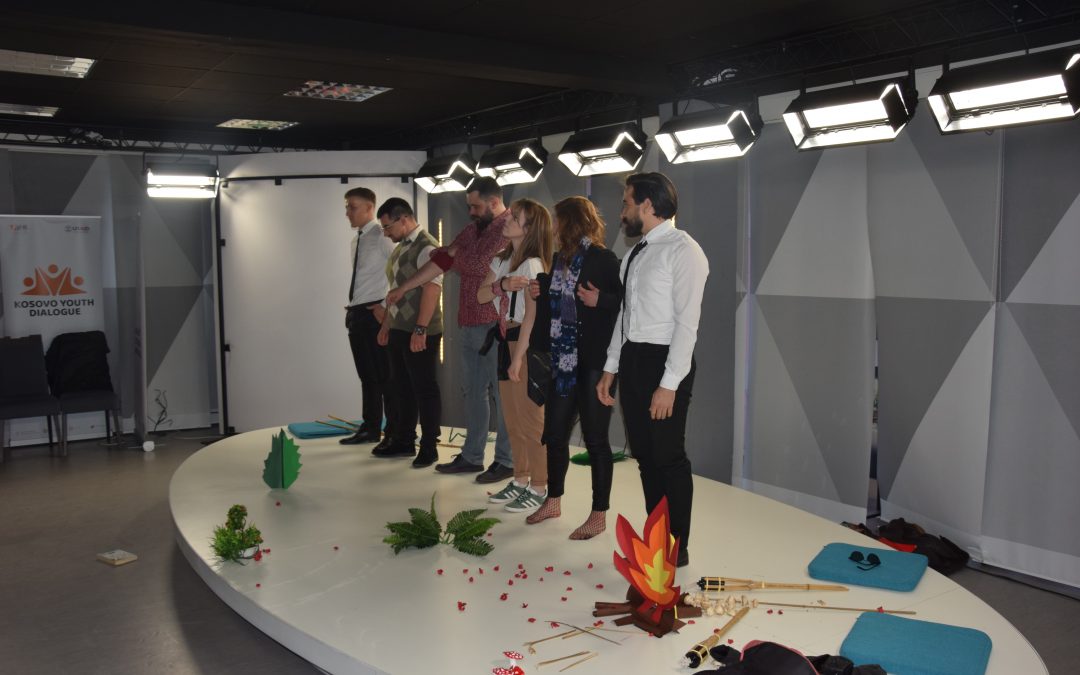 Stereotypes affect all of us, especially in environments still burdened by conflicts. Forum-theater performance “Stronger together but rivals forever” that took place in Civil Energy Center in North Mitrovica on 21 of April, dealt with this topic, with the idea to show how much problem of stereotypes prevents us from functioning normally. Through debate, we have tried to change our view of this problem.

Four young people end up in the jungle after the accident. Instead of cooperating together and ensuring their survival, an Albanian, a Croat and two Serb women, burdened by their stereotypes, are divided by nationality, religion and gender. Wasting time in their conflicts, they fail to solve their main problem, survival. Actors Lidija Nikolić, Emilija Popović, Uroš Cvetković, Miloš Trifunović, Momčilo Jovanović trained by Filip Pajić, they successfully conveyed to the audience the atmosphere and problems of their characters. This performance was fulfilled more by a discussion between the public and the actors/actresses after the end of the performance. The activity was carried out in accordance with the recommendations for the prevention and suppression of the spread of the Covid-19 virus.

This activity is supported by Youth Initiative for Human Rights (YIHR KS), funded by the United States Agency for International Development (USAID) and the European Union in Kosovo through the project “Transforming conflicting perceptions through increased civic and community engagement in Kosovo” implemented by Artpolis and NGO AKTIV as members of the Kosovo Coalition for Reconciliation (KCR).