Dr Panić: “There is no reason to be suspicious of any of the vaccines” 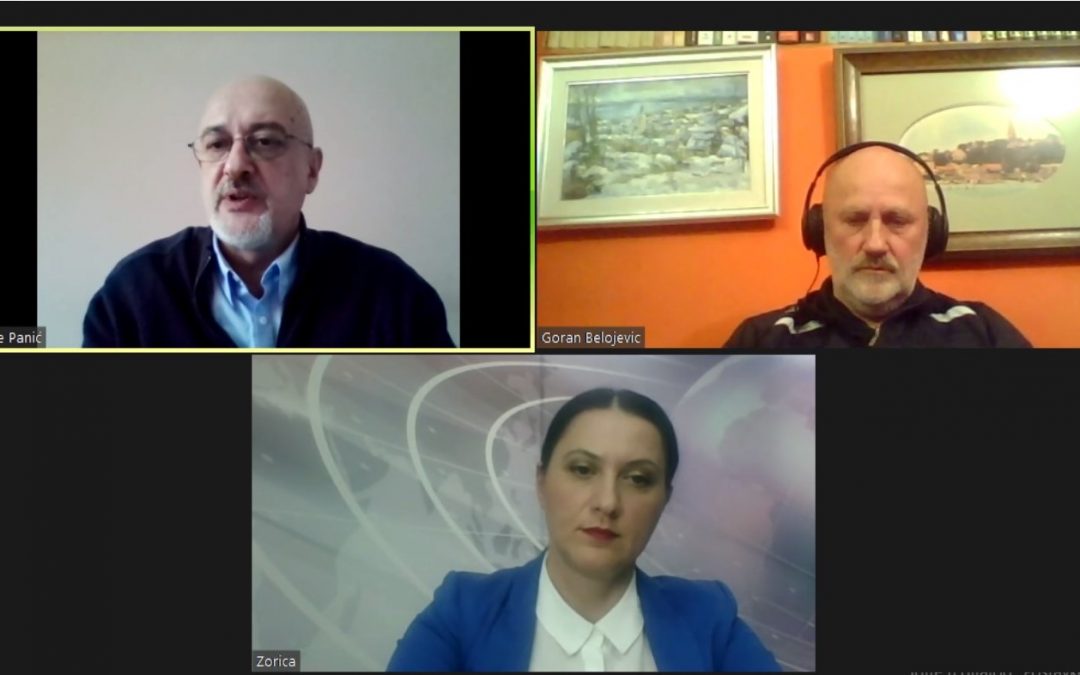 Head of the Doctors and Pharmacists Union and anesthesiologist Rade Panić says that Covid-19 has been proven to cause greater problems for human health than the vaccine against the disease. “None of the vaccines has any severe side effects”, he said. Professor at the Belgrade Medical Faculty Goran Belojević believes that, when it comes to mass vaccination, as many people as possible should be vaccinated within the shortest time period in order to reduce mortality.

At the online debate “Vaccination – Truths and Misconceptions”, organized by the NGO Aktiv, doctor Panić said that despite all the shortcomings accompanying the immunization process in Serbia, the citizens’ turnout was praiseworthy. He added that the world data proved the vaccines used in Serbia were shorn of any severe side effects and that Covid-19 would have left more long-term effects to human health than the vaccine itself.

“I believe that, for the time being, there are no realistic grounds to be suspicious of any of the vaccines available on our market and it would undoubtedly be smarter to get vaccinated rather than wait for the almost certain outcome, which is to get infected with Covid-19 sooner or later, together with its long-term effects”, says Panic.

He said that all the available vaccines in Serbia were licensed for the use in health care units. Referring to the fears expressed by some citizens that the vaccines had unwanted side effects, Dr Panić emphasized that this was the case with any drug ever produced.

“I urge the citizens just to look at the Aspirin precautions and side effects, for example. Simply, at this moment, medical professionals must take a unified stance and regain, if possible, trust of the citizens so that we can manage together to get out of this crisis”.

Professor at the Medical Faculty in Belgrade, Goran Belojević, believes that the “Chinese vaccine” is of the highest quality as it belongs to the group of the so-called “dead vaccines”, which have been frequently used in our health care system before.

“In fact, that is the only vaccine. The others are not vaccines but GM (genetic modification), whether an information or a virus was injected and then another virus was attached to it. That is GM, this (“Chinese vaccine”) is not a GM.”

When asked to clarify who is allowed to be vaccinated, the professor said that “I can tell you who is not allowed. So, children younger than 16, since it has not been examined yet, same goes for pregnant women, as there is not enough available data, people with autoimmune diseases, such as psoriasis, Crohn’s disease or similar. Also, the patients who receive chemo and radiation therapy should not be given the Covid-19 jab”.

Doctor Panić, on the other hand, advised the citizens to read the instructions issued by the “Batut” Institute of Public Health in Belgrade regarding the side effects of the Covid-19 vaccines, which would best tell them who was and was not allowed to receive the jab.

It has been proven that the worse problems will be caused by the Covid-19 than that of the vaccine. The data from Israel show that as little as 0,06% were infected after revaccination. At this moment, there is nothing else to state but the fact that being infected with Covid-19 is incomparably more harmful than being vaccinated. Once we all receive the second jab, it is expected that we will have a long-term immunity against all the variants, perhaps even lifelong, and that there will be no reason for constant revaccination as it is the case with the seasonal flue. Those who already suffered from Covid-19 are also advised to get the jab in order to strengthen their immunity”, said Panić.

Speaking of the ban on distribution of the vaccines in Serb-majority areas in Kosovo and the decision to transport the citizens to Raška, Kuršumlija and Bujanovac in order to vaccinate them, doctor Panić said that it was a policy of the Ministry of Health.

“Serbia was supposed to send an urgent official letter to the relevant decision-makers in Kosovo, since there was an intention to include the citizens of northern Kosovo and Kosovo as a whole, which I salute. Whether we want it or not at this moment, whether we call them occupiers or some government of some Kosovo. At the same time, World Health Organization should have been informed and others, such as the EU, and probably the permit to distribute the vaccines in the territory of Kosovo would have been obtained. The facts that our government shows resentment and vanity to which Pristina responds too with vanity, resulted in such developments”, said Dr Panić.

Even though it has been previously announced that the epidemiologist of Kosovska Mitrovica Health Institute and member of the local crisis response team, Dr Aleksandar Antonijević, will join the debate, he excused himself due to a death in the family. Members of the National COVID-19 Crisis Response Team have not replied to the organizer’s invitation. Professor Belojević portrayed such move of the Crisis Team as “the spitting image of Serbia”. “There is no one from the government whom we can ask questions and this not the first nor the last time. They constantly avoid confrontation”, said Belojević.

Discussing the conspiracy theories about Coronavirus and vaccination which are spreading through the social networks, the professor said that the problem was the lack of information. In this regard, the speakers agreed that introduction of the so-called “immunity passports” was nothing but a political fight between the world powers and a speculation which would most probably not occur.