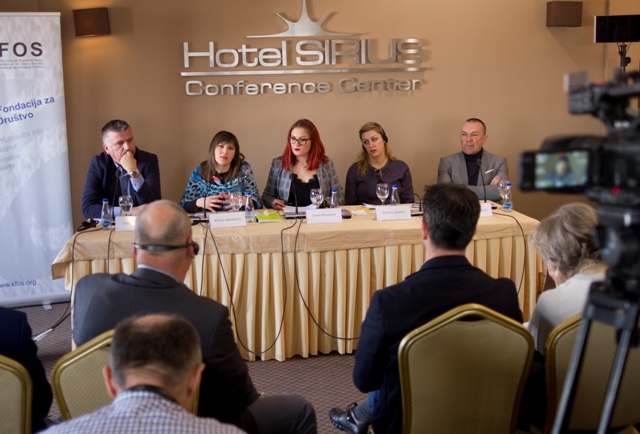 NGOs Aktiv, Forum for Development and Multiethnic Collaboration and the Alternative Cultural Center carried out independent research on transparency in Serb-majority municipalities in Kosovo. The results of the research were presented during the conference: “Transparency in Serb-majority municipalities in Kosovo”, held on the 7th of March in Pristina.

In his opening remarks, Boban Simić, Head of Aktiv’s office in Pristina, highlighted that transparency of local self-government is one of the crucial preconditions for democracy and good governance at the local level.

At the end of 2018, Ministry of Local Government Administration (MLGA) developed a legal package for the transparency of municipalities that includes four administrative instructions. Starting from the 30th of March, the Ministry plans to organize visits to municipalities in order to inform them about obligations arising from these administrative instructions – explained by Venera Çerkini, Director of Department for Municipal Performance and Transparency at MLGA.

Milica Jakovljević, an NGO AKTIV Project Manager, argued that more than 30 meetings were held with citizens from the north Kosovo as part of the transparency survey. “We found ourselves in a situation where we did not want to be in any way subjective, but we wanted to make an objective report based on evidence and conclusions where the methodology established at the beginning of our work would be respected” – underlined Milica.

Dejan Radivojević, Executive Director of the Forum for Development and Multiethnic Collaboration, mentioned that the research conducted by this NGO in six municipalities with Serb majority south of the Ibar river shows that 15% of citizens are familiar with the work of local self-governments, that 26% of their work informs them through the media and that only 11% have information on municipal budgets.

Vladan Trifić presented the results of transparency research done by Alternative Cultural Center. He mentioned that report is not completed but some preliminary results can be shared.