Both Serbs and Albanians have the wrong expectations of Biden 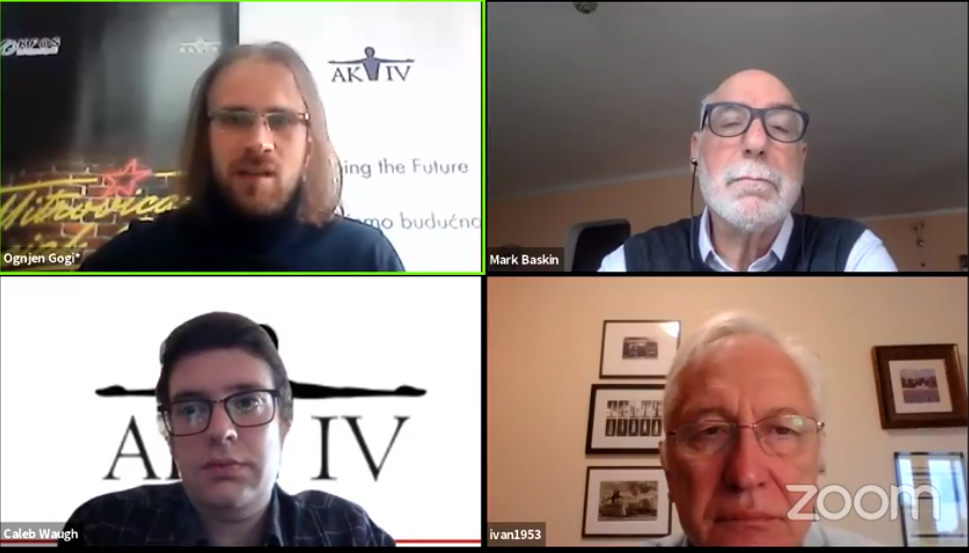 The overall conclusion of the debate entitled U.S. Presidential Elections: Two sides of the same Coin? was that the election of Joe Biden as the president of the USA, White House policy towards the dialogue between Belgrade and Pristina will be determined by rapprochement between America and Europe. The Biden administration would return to the policy pursued under Obama, when the United States withdrew from Europe and left it to Europeans to solve problems on their continent. The White House, for its part, would encourage Belgrade and Pristina to reach an agreement on the normalization of mutual relations within the process led by the European Union.

The debate U.S. Presidential Elections: Two sides of the same Coin? was held on the 5th of November as part of the ‘Mitrovica Social Club’ project implemented by NGO Aktiv with the support of the Kosovo Foundation for Open Society (KFOS).  The panelists were: Ivan Vujačić, Former Ambassador of the SR Yugoslavia, Serbia and Montenegro and Serbia in the United States of America (2002-2009), Mark Baskin, Professor at the American University in Kosovo, Caleb Waugh, Head of Public Policy office at NGO Aktiv. The debate was moderated by Ognjen Gogić, Head of the NGO Aktiv office in Pristina.

During the debate, Ivan Vujačić posited that both Serbs and Albanians were wrong in their expectations of Biden. According to him, Biden was very upset when churches were set on fire during the March 2004 violence. According to Vujačić, the Albanian side will not receive a “blank check” to do what they want, as some may hope. On the other hand, he believes that those Serbs who think that someone who is coming will put pressure on them again are also wrong because conditions have changed significantly. Biden will seek to improve relations with the EU, as it is a natural partner of the United States, and this rapprochement will determine its relationship with Kosovo. As long as America deals with international issues that are more important, the issue of Kosovo will be left to the Europeans as it belongs to their geopolitical space.

Waugh stated that during Trump’s era, there was a turnaround in American foreign policy. Trump treated the EU as an opponent and dealt with the Balkans only because of the race for influence in this area. Waugh concluded that Trump does not know much about the Balkans, nor is he particularly interested in this area. The Washington agreement that Belgrade and Pristina signed with Trump’s backing in September was just a political show that was used for pre-election purposes.

According to Mark Baskin, Biden will strive to establish better and more constructive ties with the EU. He believes that Biden’s administration would encourage Pristina to reach an agreement with Belgrade, but that one should not expect great American interference in that process. The American Embassy in Pristina does not have the role that it had ten years ago. As he stated, the Balkans are not especially important for America, so Biden will instead strive to solve much more important problems for his country.

Vujačić stated his belief that America could play an important role in the normalization of relations between Belgrade and Pristina due to the authority it has in Kosovo. He further elaborated that divisions within Albanian society in Kosovo can limit the potential for an agreement to be reached and the United States pressure the Albanian side to accept the agreement.

In regard to expectations that leaders in Belgrade and Pristina have regarding the outcome of the elections, Waugh estimated that a Trump victory would give Belgrade and Pristina a greater degree of flexibility when it comes to discussions over potential border adjustments. As he noted, the Serbian President, Aleksandar Vučić, sees Trump as someone who would not interfere in the Serbia’s internal political, nor in Serbia’s policies towards other countries in the region. On the other hand, Albanian society feels that, unlike Trump, Biden would be predictable, and that his election would lead to the return of the policy that America had pursued towards Kosovo in previous years.

All participants in the debate assessed that, unlike Trump, Biden has a clear idea of what is happening in the Balkans. However, they also agreed that the region would not be particularly high on Biden’s agenda if he becomes the American president due to other priorities.

Vujačić characterized President Trump’s actions in foreign policy as dismantling the international system in whose creation America played a significant role, the current situation where America is an uncertain/unstable factor is absurd. In his opinion, Biden will try to return America to multilateral structures, but he will also inherit problems that he will not be able to solve easily. Mark Baskin believes that Biden’s election would introduce predictability into American politics, which was not the case with Trump. However, he also believes that it will not be easy for Biden, especially in domestic politics. In his estimation, we have underestimated Trump, and the consequences of his policy will be far-reaching both internally and externally.