A society in which humor is a way of getting informed, is not a free one 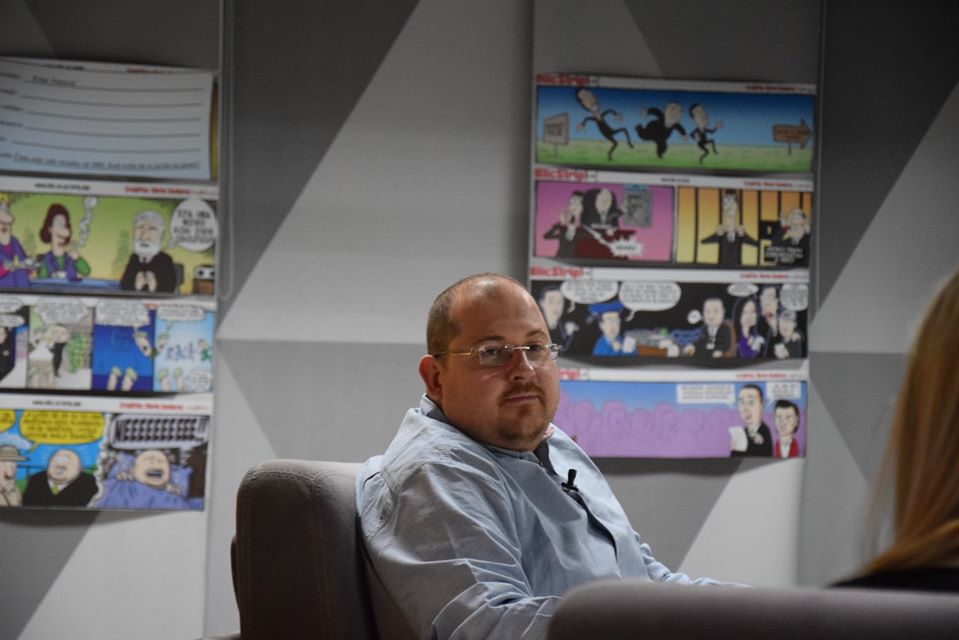 A society in which caricature and humor are ways of people getting informed, is actually not that much free, stated Marko Somborac, one of the most popular comics authors and political commentators in Serbia.

Daily political comics ‘’Blic strip’’ author of which is Mr. Somborac, is perceived to be as a kind of social phenomenon and is currently the most popular comics author in Serbia. This is mostly thanks to the way that Somborac typify and draw Serbian and international politicians, as well as other members of the elites.

Satire itself is a great reflection of the situation in one society. In this regard, Somborac estimates that a society in which humor is a way of informing people is not very free. He pointed out that the main difference in his comics during his past and present governments is actually the number of characters involved.

“One phenomenological difference is that there used to be coalition governments with a lot of interesting, colorful characters. Now you only have one character, constantly being present on an  everyday basis, in all corners of the news, refrigerators, comics… so sometimes I have add other characters into it, so it doesn’t get boring…’’

Somborac’s daily comic strip in began to be published in daily newspaper Blic in late 2005. There were pressures during the work, but, according to him, his editors mostly dealt with the blows that were intended for him, while at the same time, struggling to make the company work and make money.

He believes that various artistic aspects are used in the critique of society today, that there are plenty of good humorists who work well, and there are audiences for their work. There may be more, he says, but it is also about the economic situation, etc.

When it comes to animating, Somborac said that he tries to fight for basic issues of public interest, which could be freely discussed about. He added that it is simply unbelievable that there is a lack of media reaction and fact-based reporting on a certain statements of representatives of the ruling class.

Marko Somborac was the guest of Mitrovica Social Club, NGO Aktiv, at the event named ‘’Comics as a symbolic means of social criticism’’. In addition to talking to Mr. Somborac, guests of the Civic Energy Center had the opportunity to get acquainted with his work, on an exhibition organized after the discussion.